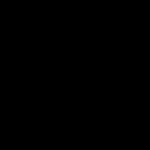 Today we are up early to leave for home. Time to get a bit of rest on the long plane journey back to London.

12 hours later and I land to an email from Simon, our translator and general advisor over the last few weeks in Japan, which I think is a good way to end this blog.

I was walking the streets of Tokyo today with the sun on my face feeling like a tornado had just passed through town and somehow I’d managed to miss saying goodbye to most people, but just as I was reflecting on all this and wondering what the tornado had left in its wake, my eye fell on a letter published in today’s Asahi Newspaper. I thought you might perhaps like to see it. It goes something like this:

As someone who has never been to more than a handful of live concerts, I was thrilled to have the opportunity to see a concert by Paul McCartney during his Japan tour in 1993, which brought back moving memories of my youth and love for The Beatles. It was such a wonderful experience I vowed I would never go to another concert again, in order to keep the memories fresh – and in fact I have not done so until now.

But to my astonishment I was lucky enough to get tickets to see Paul McCartney play live in Fukuoka just a few days ago, something I thought would never ever have the chance to do, and so after 20 years I was able to see him again.

I was bowled over by his powerful performance that totally belied his 70 years, and moved to tears by his performance of ‘Let It Be’, which he dedicated to the victims of the Fukushima disaster. This concert too has left me with wonderful memories, and given me new strength to carry on. I am so grateful for such a fantastic experience!”

So for those moments when we perhaps wonder whether the hard work behind the scenes does make a difference, this is a good reminder. The Asahi Newspaper goes out to 8.5 million people every day, so the editors clearly thought it struck a chord with the nation. Made my day, anyway!

Made my day too, very nicely put Simon.